Presented here is a small collection of photographs taken in Burma (Myanmar) over the past two decades. Thank you to the people of Burma for your warm hospitality offered during our visits to your fascinating country.

Exploring Burma is an extraordinary experience.  Grand Buddhist stupas and bustling marketplaces, a diverse melting pot of ethnicity and culture, and the fragrance of jasmine and spice permeating the humid atmosphere, together create a strong first impression of this complex and mystical land.  One also feels a deep sense of compassion for a people whose freedom has been challenged for so long. The Burmese have endured centuries of squabbling kingdoms, British colonization, and brutal military rule.

A ray of hope for a new era appeared  in 1990 when an election was held, and despite the risk, the Burmese came out and overwhelmingly voted in Aung San Suu Kyi, head of the NLD, only to find the party blocked and members imprisoned, exiled or killed. Aung San Suu Kyi remained under house arrest for nearly 15 years.

The 2007 ‘saffron’ uprising again brought Burma under the media spotlight. Around the world, many expressed their passionate support for the Burmese people and condemned the heartless regime. Yet nothing changed. On May 2, cyclone Nargis struck Burma causing the worst natural disaster in the recorded history of the country with millions affected and a death toll of over a hundred thousand. The obstruction of international aid relief by military rulers made an already catastrophic situation infinitely worse.

International pressure, economic crisis, and popular protest pushed the military junta to officially dissolve in 2011 and establish a civilian parliament, though the military remained heavily influential in government.

The 2015 general election was hailed as Myanmar’s first multiparty democratic elections since the end of military rule. Opposition party, National League for Democracy, won a landslide victory and was able to choose the country’s president. Constitutional reforms blocked Suu Kyi from becoming president, and Htin Kyaw was elected president by parliament in March 2016. Suu Kyi instead ruled as a close advisor and defacto leader -the first truly civilian-backed government in Myanmar since the end of military rule. Myanmar began to rebuild its economy and reengage with the world.

Unfortunately, rural Myanmar and ethnic minorities are widely seen as being left behind and indeed persecuted as in the case of the Chin and Rohingya peoples. Suu Kyi’s reputation for defending human rights was severely tarnished by her apparent indifference to the persecution of the Rohingya minority people by the Myanmar military.

In a landslide, the NLD won the 2020 Myanmar general election on November 8, again securing super-majorities in both houses. The army alleged fraud, and on the morning of February 1, 2021, the Tatmadaw (military) detained State Counsellor Aung San Suu Kyi and other members of the ruling party. The military transferred power to military chief, Min Aung Hlaing, and declared a state of emergency for one year, after which another election was promised.

At the time of writing, massive pro-democracy protests are being held in Yangon and across the country with a rising civilian death toll and scenes of violence being transmitted for the world to watch in horror. Battling Covid 19 in these terrible circumstances has added to their misery. Angered by doctors’ support for anti-junta protests, Myanmar’s military has arrested doctors treating Covid-19 patients independently.

The Burmese are a friendly, curious, and often intellectual people, frequently found discussing literature, love, and politics in tea shops or reading well thumbed books in shady boroughs. Buddhism has had a great influence on Burma and the stupas of Bagan and the mighty Shwedagon Paya, with its great golden dome, are among the most impressive Buddhist structures in the world.

Burma is incredibly rich in ethnic diversity. Under the ferocious heat of the sun, men and women go about their day dressed in a variety of exotic apparel including turbans, sarongs, flamboyant jewellery, and faces painted with thanakha – a paste ground from tree bark. The main ethnic groups are the Bamar, Shan, Mon, Kayin, Kayah, Chin, Kachin, Wa, and Naga.

The Burmese are noted for making even everyday items into objects worthy of artistic praise. Over the centuries, Buddhism has provided much of the motivation for the artistic endeavors of the Burmese. This in concert with rich pre-Buddhist traditions, lively oral and vernacular literature, and a love of detailed surface embellishment, have culminated in the creation of distinctive works of art.

Items from Burma offered on our site include bronze Burmese opium weights dating back as far as the 15th century, Naga and Chin tribal textiles, decorated bronze bells, and a host of other fascinating artifacts.

In an economic sense, Burma is a poor country and we make a point of buying items from individuals in market places and antique shops, rather than from government owned emporiums. 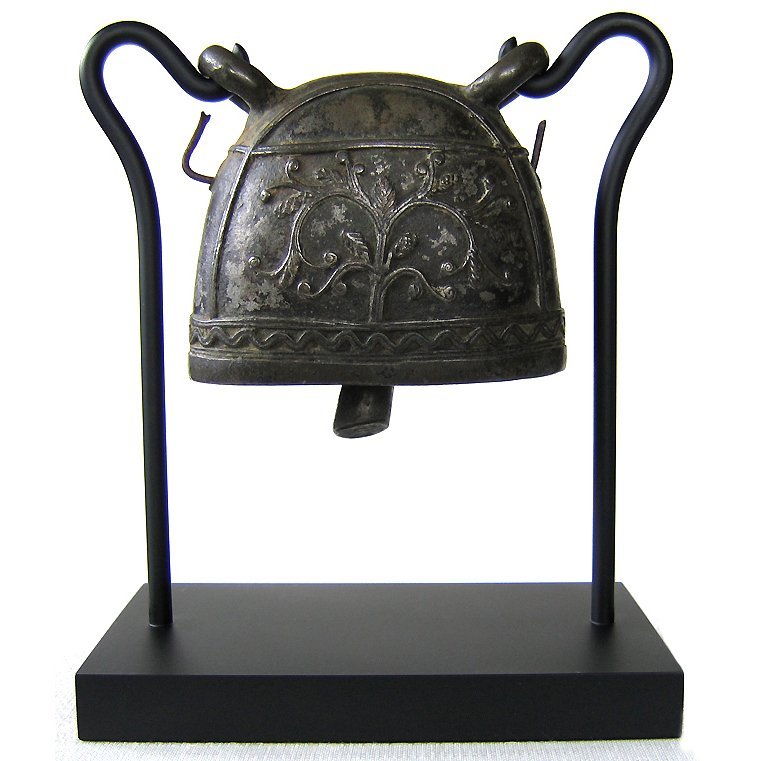 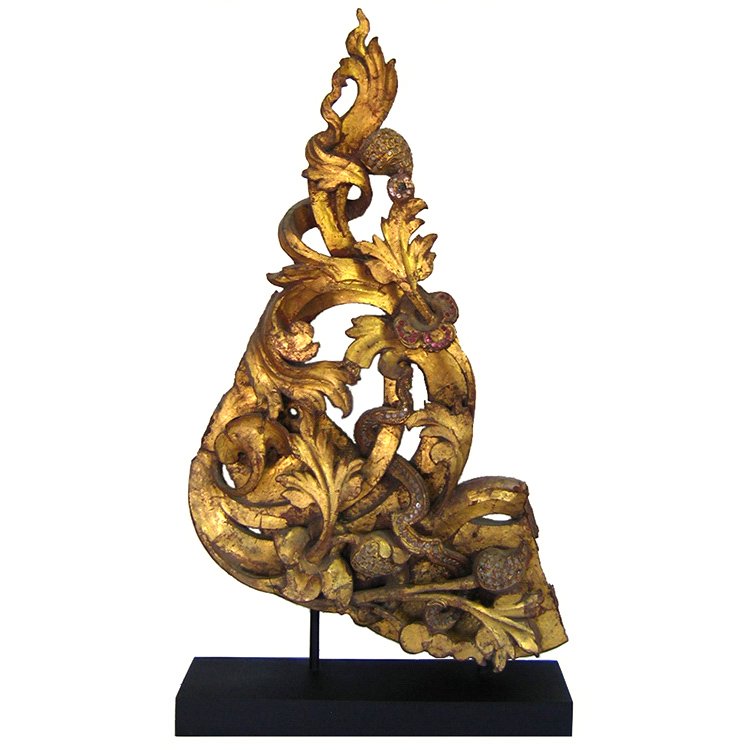 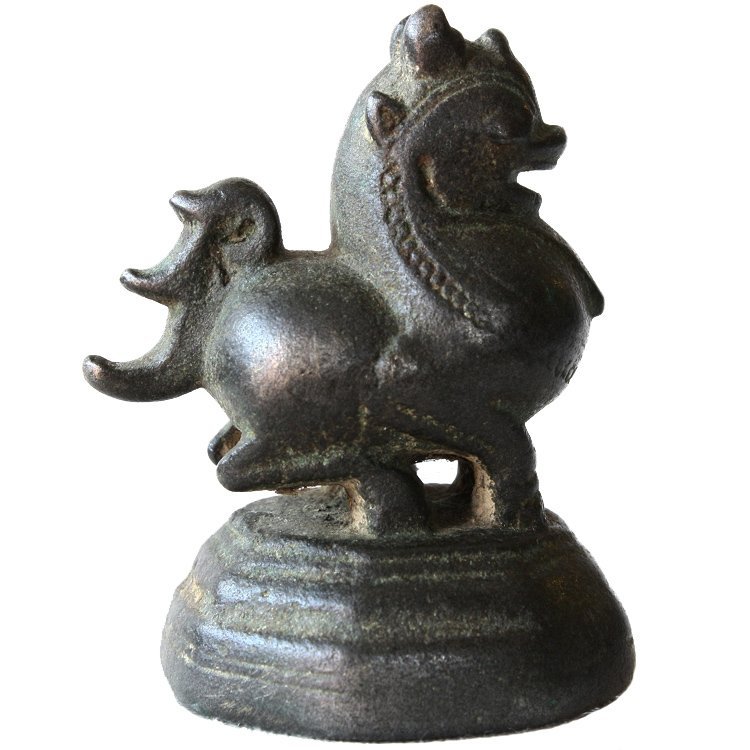 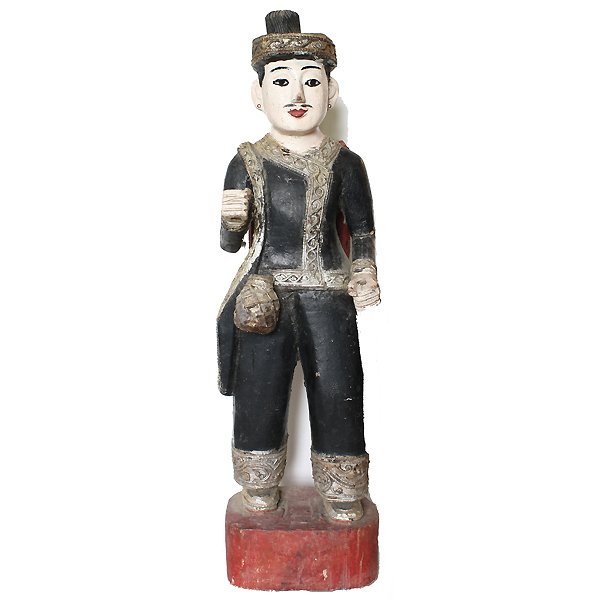 Explore our collection of artifacts from Burma