The Chin is a Sino-Tibetan race, thought to have descended from central China. Within Burma, this little known people predominantly inhabit Chin State, which is located in the mountainous north-west of the country, bordering Bangladesh to the west and India to the north. It is estimated that approximately half a million Chin live within Chin State, with an additional one million living inside Bangladesh and India. There is a concentration of Chin living on the Indo-Burman border, in a place known as Chinland. The Chin are known for their beautiful hand woven textiles, which are only available in very small quantities. 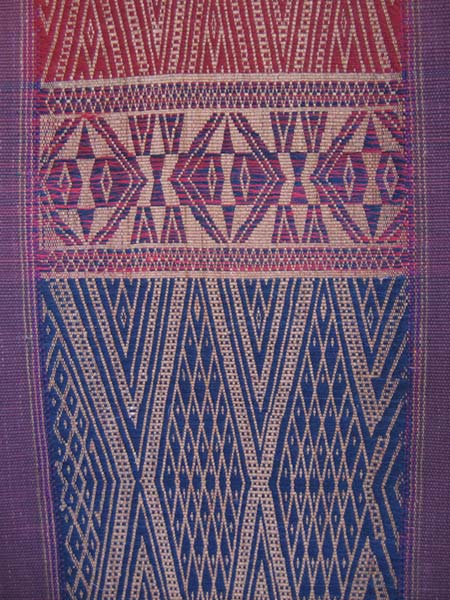 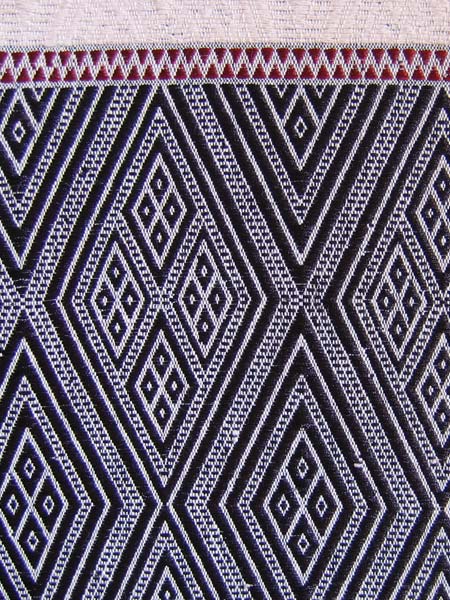 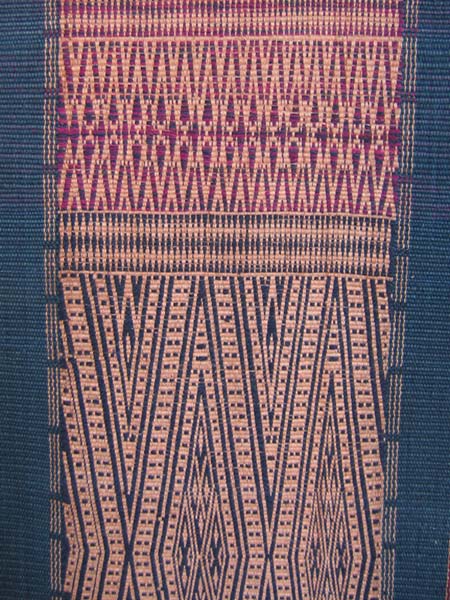 The Chin don’t recognize the name Chin and prefer to be referred to after their individual tribes, which include the Asho, Cho, Khumi, Kuki, Laimi, Lushai and Zomi tribes. It is said that the name Chin is similar in pronunciation to the Burmese word for basket and that the Burmese used the name for the people because of the baskets they often carry. In contrast, it is written that Chin means companion in Burmese and the terms “Chin” and “Chindwin” are mentioned in the Pagan inscriptions from the beginning of the 13th century AD.

The main religion practiced by the Chin is now Christianity. American Baptist missionaries convinced significant numbers of Chin to abandon their animist beliefs in favor of Christianity in the late 1800s and 1900s. About 30% of Chin people still practice a form of Buddhism and animism. 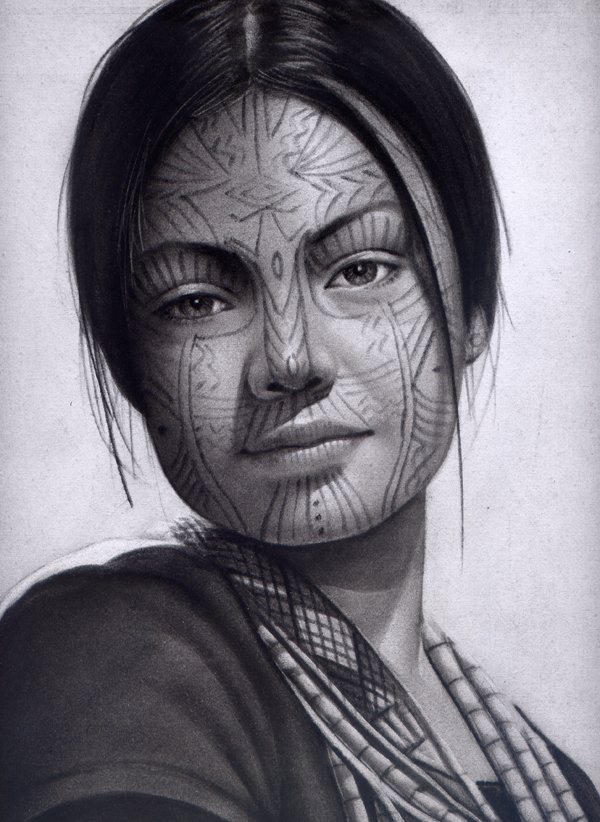 Chin culture is rich in dance, music and folk tales. Until the introduction of a writing system by the Christian missionaries in the early 1900s, Chin traditions were preserved and kept alive by using storytelling as a means of handing down traditions and beliefs from one generation to the next.

In the past, tattoos covered the entirety of a woman’s face and a few old women can still be seen in villages today with spiderweb like facial tattoos. Traditionally, the tattooing was done to girls when they reached the age of 12 or so. Legend suggests that the practice began in an effort to repel the romantic advances of Rakhaing princes whose kingdom bordered the southern Chin hills. The women of the six Chin tribes were tattooed in their own distinct tattoos.

The Chin people in Burma are among the ethnic groups that have suffered widespread and ongoing persecution ever since General Ne Win overthrew the democratically elected government in 1962. The tattoos were made using leaves, grass shoots, and soot. The grass shoots were added at the end, acting as a bandage and natural healing cover. The concoction was applied to the face using sharp cane thorns, which would prick the skin to create the pattern.Today, the tradition has ended, much to the relief of young Chin women.

The Tradition of Textile Weaving Among the Chin

Textile weaving is an old tradition in Chin villages and their textiles, of which production is very limited, are much sought after by textile collectors today. Chin women are justifiably proud of their weaving tradition. Normally, a woman dedicates herself to a piece until its completion, working steadily through the daylight hours in the shade of the bamboo house. The backstrap method of weaving using traditional yakan looms is similar to that used by the Naga. Only natural dyes are used by taking extracts from local plants such as the Burmese lacquer tree, wild almonds, mahogany, and indigo. Chin textiles are mostly made with hand spun cotton thread and a popular motif is the diamond shape. Chin textiles echo an ancient tradition and are made to a very high standard. 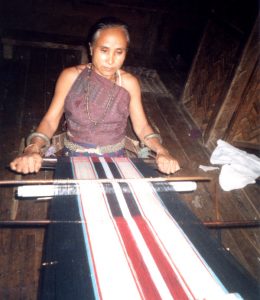 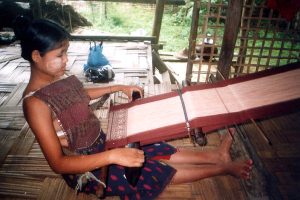 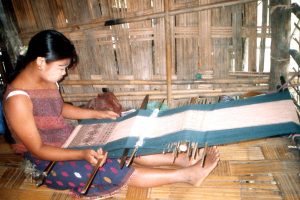 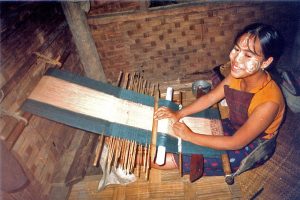 We offer a small collection of new and vintage Chin textiles and hope to add a few additional pieces as soon as travel becomes possible again. Below is a selection of Chin runners currently avaialable. 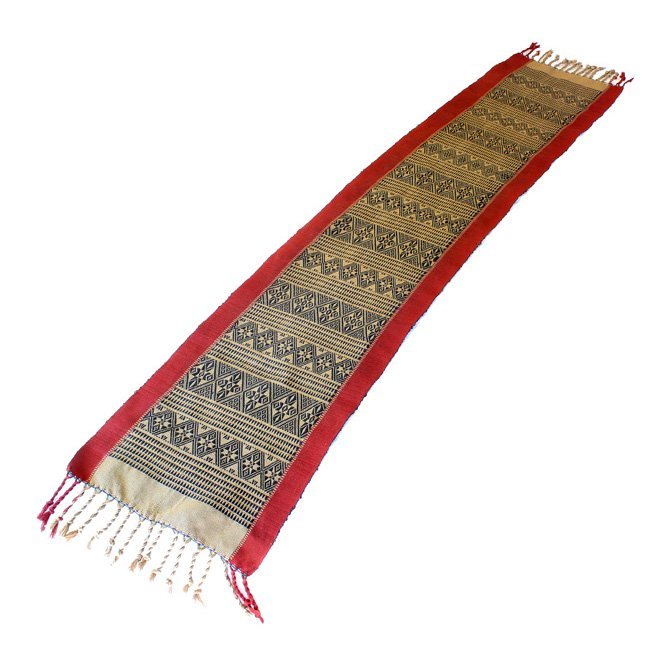 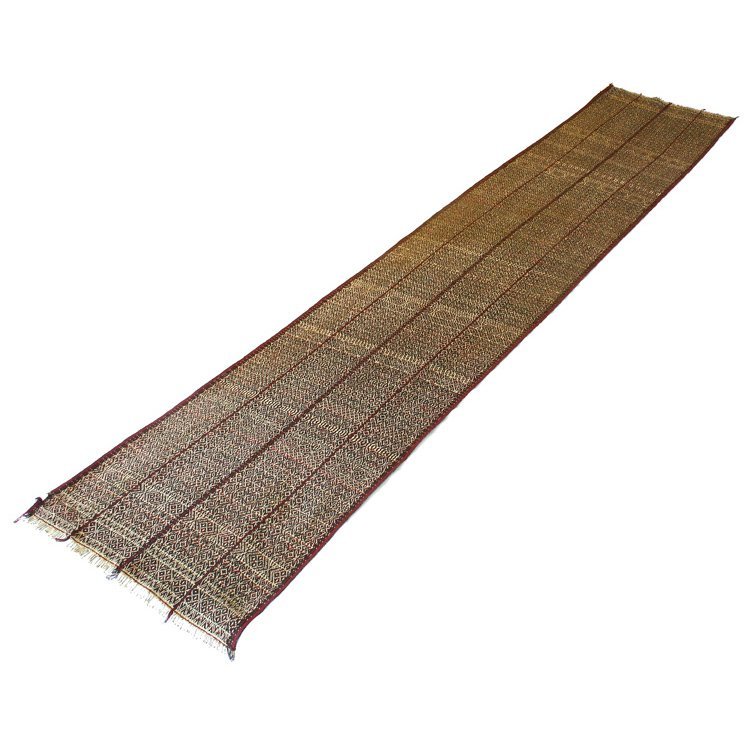 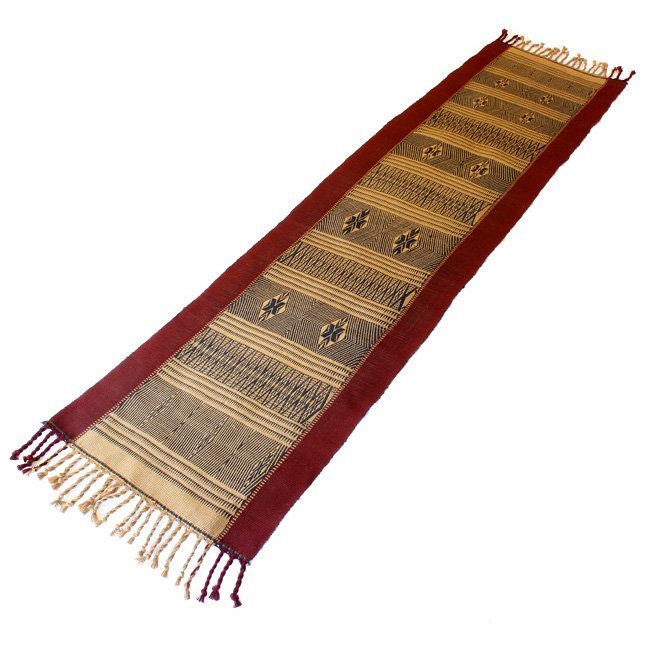 Tribal Textiles from the Chin

Rare hand woven textiles from the Chin people of Burma